With all the news about my startup and getting inquiries left and right about how we did it, people don’t realized we never made it alone. Today, I would like to take a post to solely say Thank You to our mentor and friend Paul Orlando. Paul is one of the key person which contributed to our exit today because without him, there would be no Taxiwise.

We originally came to Hong Kong in the summer of 2012 to attend Paul Orlando’s Startups Unplugged Bootcamp, a three-month program to help young entrepreneurs gain insight knowledge on how to go about starting their first company. We learned so much in those three months without the distraction of home and family and were suppose to take that learning back with us to Silicon Valley.

The last week of the program, before we all had to say goodbye, Paul drops us a news; “Guys ill be starting AcceleratorHK with Steve Forte. You guys should join.” And so we applied with a new idea, later to be called Taxiwise, and did a little market research to throw on our application form and a funny intro video.

Paul was even our model in our funny cartoon video and our first customer testimonial to promote our early day services.

What we learned from Paul was something we will never trade. The experience we had working with him made us who we are today.

Paul has a new book out called Startup Sacrilege for the Underdog Entrepreneur which can be bought here. 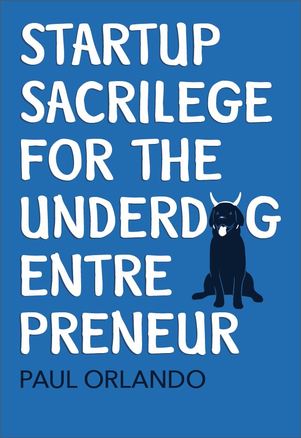 Paul is back in California with his family and thank you again for everything. Taxiwise is as much as your baby as ours.

How to Create an Iphone App.